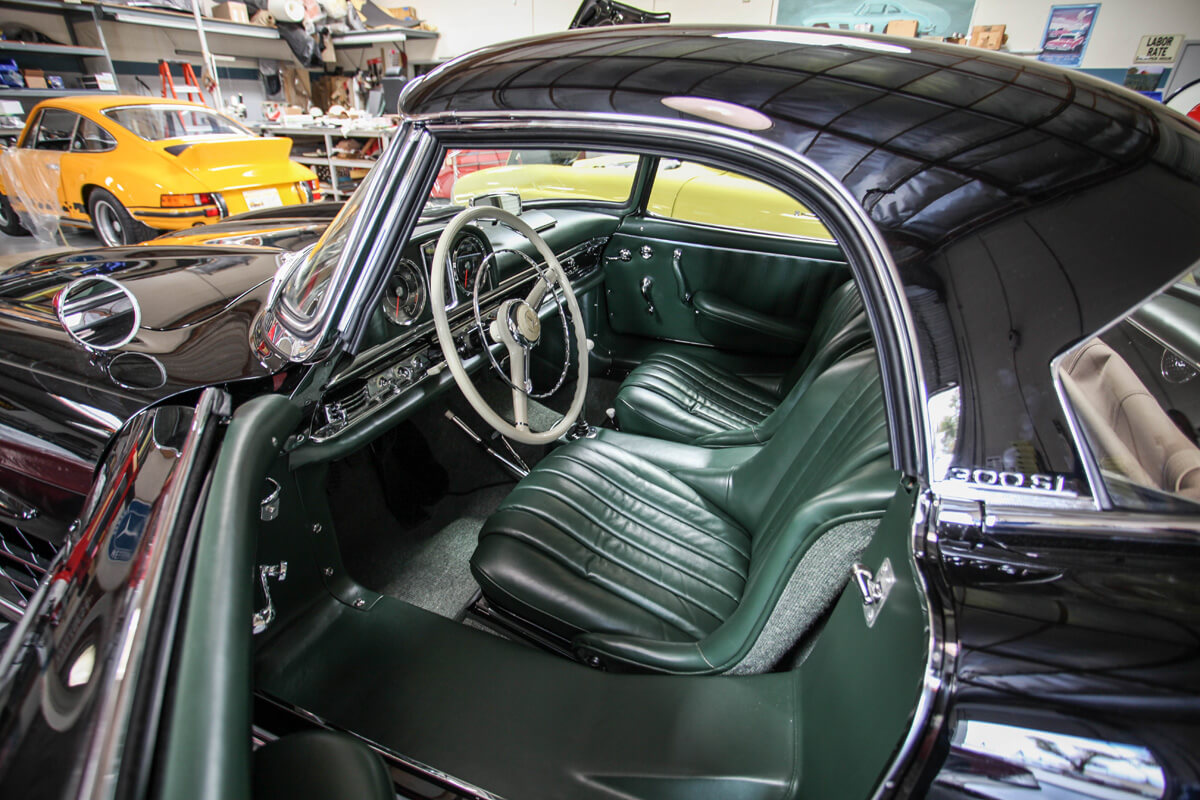 The Mercedes-Benz 300SL is one of the few cars that has been able to stay impressive and feel modern since its introduction in 1954. At a time when cars were large and tall and ponderous, the 300SL was long and low and impossibly fast. It was built just a decade after the end of WW2, a war which crushed Mercedes-Benz as a company. It made use of technology that is modern even today, and burned itself permanently into the collective psyche of the enthusiast public.

The production 300SL was based on the W194 race car which quite famously won both the grueling La Carrera Panamericana and the 24 Hours of Le Mans. Mercedes built the car with no plans to go into production with it but Mercedes’ American importer, Max Hoffman, suggested that they build a “racecar for the road” and that if they did, he’d sell all of them. Initially the factory was skeptical of Hoffman’s idea but when he offered to buy nearly the entire initial production run, Stuttgart acquiesced and the famed Gullwing was born.

Like its racing progenitor, the 300SL made use of a lightweight tubular steel chassis. The entire chassis weighed in at under 200lbs, remarkable considering the time period in which it was built. The chassis also had the benefit of being incredibly stiff which went a long way towards helping handling. Contrary to their position now as one of the world’s largest and wealthiest car makers, Mercedes-Benz of the early 1950s didn’t have an excess of cash to spend on developing an engine or running gear on a low production car like the 300SL. To help cut down costs they used many parts from their existing production vehicles, most notably the 300-series “Adenauer” which donated its engine, among other things.

This engine, a magnificent 3-liter straight six was canted over 45 degrees to help give the SL a sleeker roofline. The engine was also the first production engine to utilize direct gasoline fuel injection, a technology that only in recent years has gained traction. This Bosch fuel injection was based on diesel injection technology and made for an engine that could produce over 200hp, no mean feat for a 3 liter engine in the 1950s. The Adenauer’s engine looks positively massive in the SL, it fills the bay almost entirely and as such, removing and installing an engine in a 300SL requires more than a little skill.

In many ways, the 300SL was incredibly sophisticated but in others it was much more restrained. For example, disc brakes had already been proven successful at Le Mans in 1953 by Jaguar and their C-Type racer and the same system had been installed on 50 production Austin-Healey’s later that year but Mercedes chose to equip the SL with drums instead. Functionally, the SL’s drums work quite well and though the 300SL roadster was offered with discs, it wasn’t until the very end of the production run. The same restraint could be seen in Mercedes choice of a gearbox. For the SL they opted to go with a four-speed unit rather than a much more exotic five speed, but with a top speed of 161 miles per hour, it’s kind of tough to refute their logic.

The 300SL, like most Mercedes, was an incredibly expensive car though unlike many expensive Mercedes, the 300SL has never gone through a “cheap” phase. The cars have always been desirable and it seems like they always will be. Nothing before or since has looked quite like a 300SL and people’s fascination with them has driven prices into the stratosphere. Average examples will now easily fetch in excess of $1,000,000 with rarer versions or well preserved original cars going for significantly more. So, say you manage to get your startup funded and you’re now a man of means. You have always lusted after a Gullwing and so you seek one out and buy it. Who do you take it to for restoration? If you’re smart you take it to Hjeltness Restoration in sunny Escondido, California.

Hjeltness was founded by Jerry Hjeltness after a lifetime of being obsessed with the 300SL. His brother bought one in 1957 and Jerry decided then that he would someday own one. That day came in 1960. He started to detail the engine compartments of SLs for people while maintaining his main job as a tool and die maker. Eventually, in the early 1980s, Jerry decided to make SLs his full time job and tarted Hjeltness Restorations. Jerry and his son Eric are now the premier restorers of 300SLs in the world.

Visiting Hjeltness is, for a Mercedes enthusiast, a bit like entering Valhalla. There are cars almost wall to wall in various stages of restoration. Front and center is a yellow roadster. When we mentioned never having seen a 300SL in that color, Eric informed us that that was likely because it’s the only one. That kind of vibe is something you just have to get used to if you’re going to spend time at Hjeltness.

Take windshields for example. Windshields for the 300SL are still available from Mercedes-Benz. These windshields are dimensionally accurate but they are labeled “Pilkington” where the originals were labeled as “Sekurit”. Any normal shop would figure that a windshield from Mercedes would be good enough but Eric insists on grinding back the new Pilkington logo and re-etching the proper logo. Not because there is anything wrong with Pilkington, mind you, it’s just not correct.

They don’t stop at windshields either. Mercedes sprayed the 300SL with a single stage, solvent-based paint at the factory. That’s the paint technology that was available in the fifties. Modern water-based two stage paint has a number of advantages over the old stuff: it covers better, it’s less toxic, etc. Again though, it’s not correct. As such, Hjeltness is one of only two shops in San Diego County and one of only a handful in Southern California, that has special dispensation to paint with solvent-based paint.

Mercedes-Benz used a great deal of plated fasteners on the cars when new. The plating made them more resistant to corrosion and, frankly, the cadmium plating looked cool. Cadmium plating is an expensive, toxic and difficult thing to do properly and so Eric and Jerry sought out the best plater they could find. What’s the hitch? They only work on aerospace parts. It took much careful negotiation and many concessions made for them to get the plater to accept their business. But again, the parts that come back from this particular plater are works of art. The finish is flawless. The color perfect. They make the car.

Hjeltness specializes in the 300SL but they’re not exclusive to it. When we visited they were redoing the interior on an ultra rare and valuable 1973 Porsche 2.7RS. They’ve also done several pre-war cars for clients and not everything they do is crazy high-dollar projects. One of the coolest things in the shop when we visited was a 190SL, the 300SL’s diminutive 4-cylinder sibling. This car belonged to a young man who was attending school at Pepperdine in Malibu and was his daily driver. The car featured only a Brooklands style windscreen, no roof of any kind, no bumpers, and an amazing custom tonneau cover. Eric was as excited about it as we were and proceeded to show us the custom tonneau he helped design. They also had several W113 Pagoda SL’s in the process of being restored. The Pagoda cars, so named for their uniquely styled hardtop, are the direct successor to the 300SL but bear little resemblance to their forebear in methodology or design.

Seeing all of these cars in the process of being restored naturally made us curious about the process. When asked about how long the process typically takes on an average 300SL — meaning not a clapped out rustbucket or a car in almost perfect condition— Eric had this to say:

“Two years. Pretty much it takes two years to do one of these cars. We can — and have — done it faster but why? The black roadster you see there was done in six months but that was an all hands on deck kind of thing with a specific deadline. You give us a car and two years and we’ll give you back something that looked like it just rolled off the line.”

We asked how much an average restoration like that would cost and how much of a wait it would be to get one’s car into the shop (you know, in case we win the lottery):

Eric replied, “$700,000. I know that sounds like a lot, and it is, but the people that come to us to have their cars put right aren’t interested in flipping them. These are people who want to hold onto the cars and who want to drive them. As far as getting a car in, there’s no wait. Bring us a car and we can start today.”

That last part of what Eric told us is a peek at the nature of their industry. They’ve been incredibly successful at being specialists for decades now but specializing in a car as relatively rare as the 300SL means that at some point, they will have pretty much all been restored. Shops like Hjeltness must adapt or die and it’s clear that Eric is both enthusiastic and equipped to diversify.

Take the 73 Porsche RS that they’re working on, Eric has let his penchant for going off the deep end run wild. He showed us the carpet mat that slips over the pedals and rests on the footboard. He explains that this piece is something that nobody has bothered to replicate exactly. He shows us the piece that came out of the car, passable but not correct, and then proceeds to show us a test piece that maps out the different dies he had to make to get the correct shape and texture on the rubber pieces that go around the pedal shafts. There were easily five or six versions, each a little more right than the last. This is for one car. The lengths to which Hjeltness is willing to go to learn what needs to be done and how to do it right is staggering, but their hearts will always lie with the 300SL. It has a way of getting under one’s skin.

The 300SL, whether it has regular doors or billionaire doors, will always be a lust object. It will always feel faster than it should, sound better than you’d think, and be more expensive than you can imagine. It will always haunt our dreams as we imagine blasting down the Pacific Coast Highway from San Francisco to Los Angeles or idling along in with the doors up as we wait to be released on our own La Carrera Panamericana. We imagine what it would be like to gingerly pack a tailored suit and fine handmade shoes into the fitted luggage before pulling on our stringback driving gloves and slipping under the tilting wheel. The 300SL is, maybe more than any other car, a time machine that allows you to slip back to a time and place you never inhabited in a life you never lived. To see one in the wild is to lose yourself in fantasy for a minute. We’ll never see its like again. 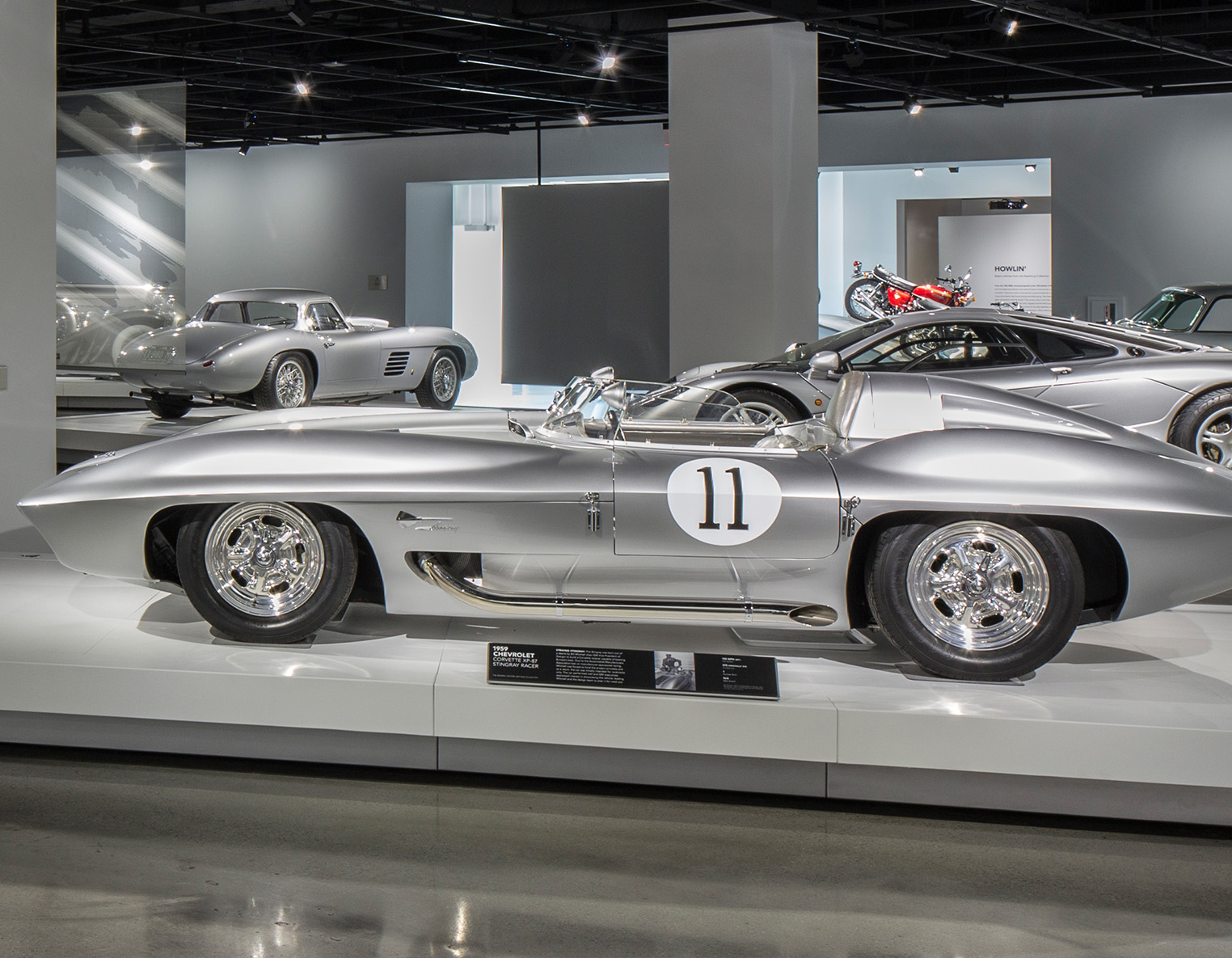 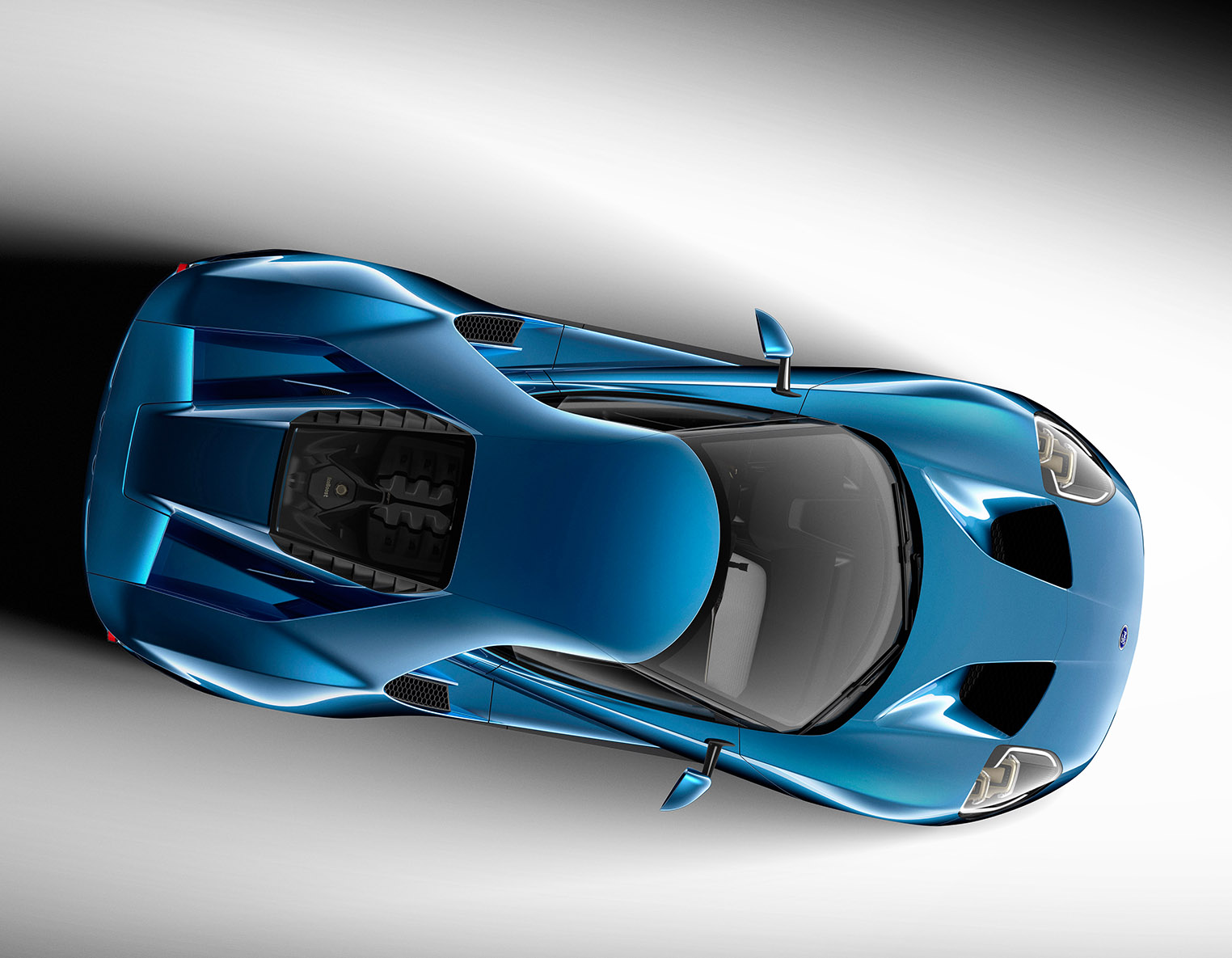 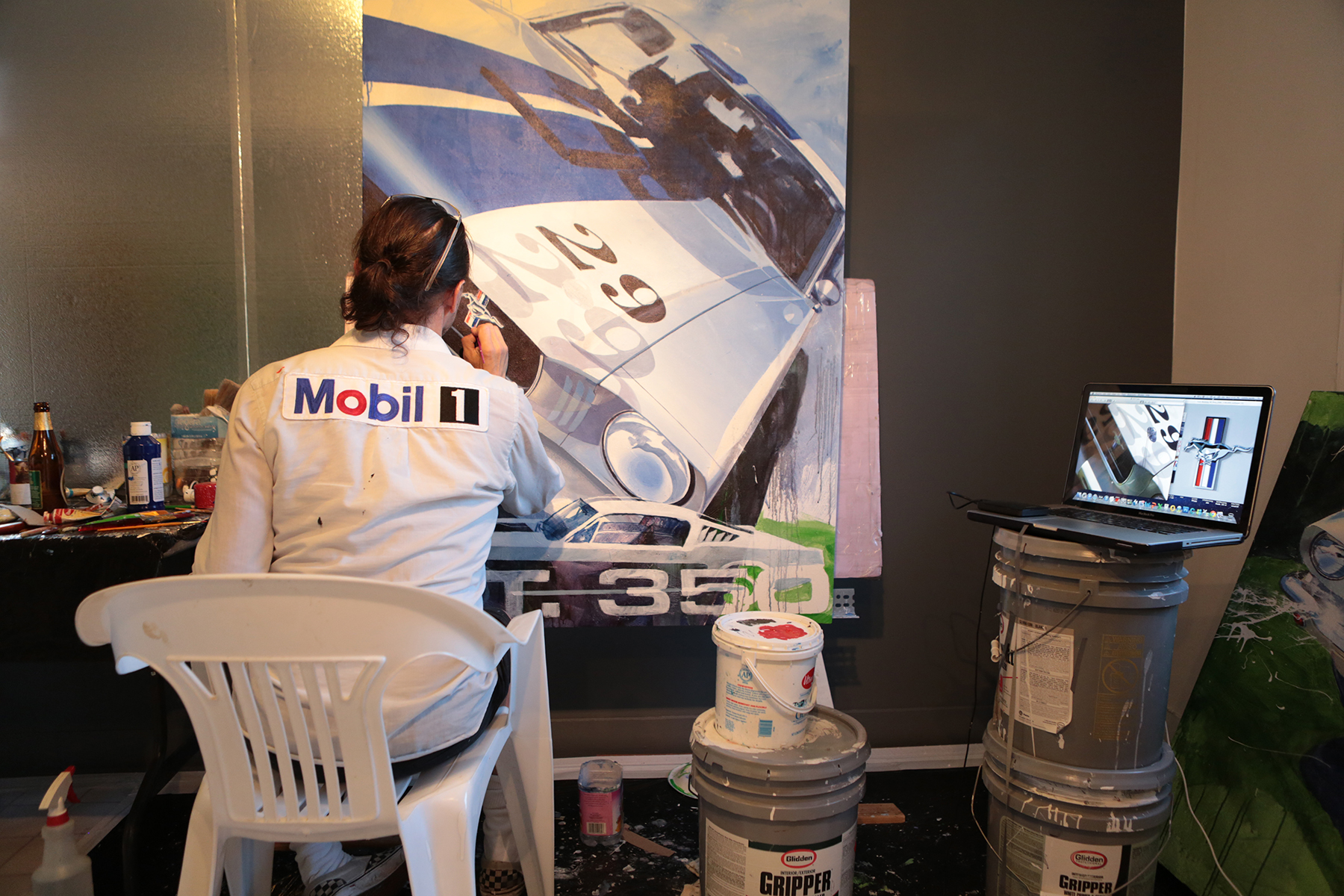 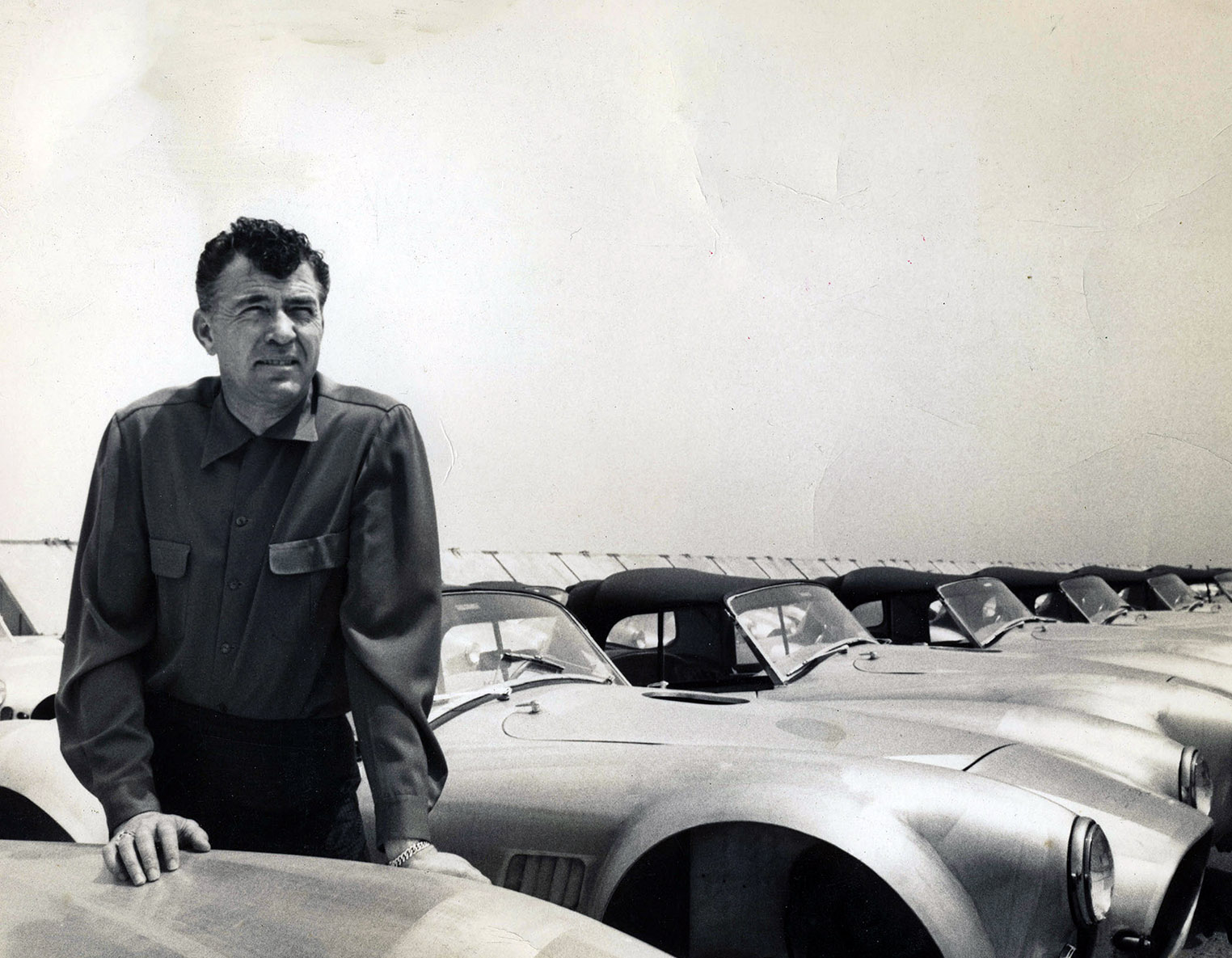